I’m so excited to announce I’ll be doing some shows with Jessy Terry this October. They will be solo performances, with stories behind the songs, an intimate night of live music. Hope to see you there!! Tickets available here. Much Love xx 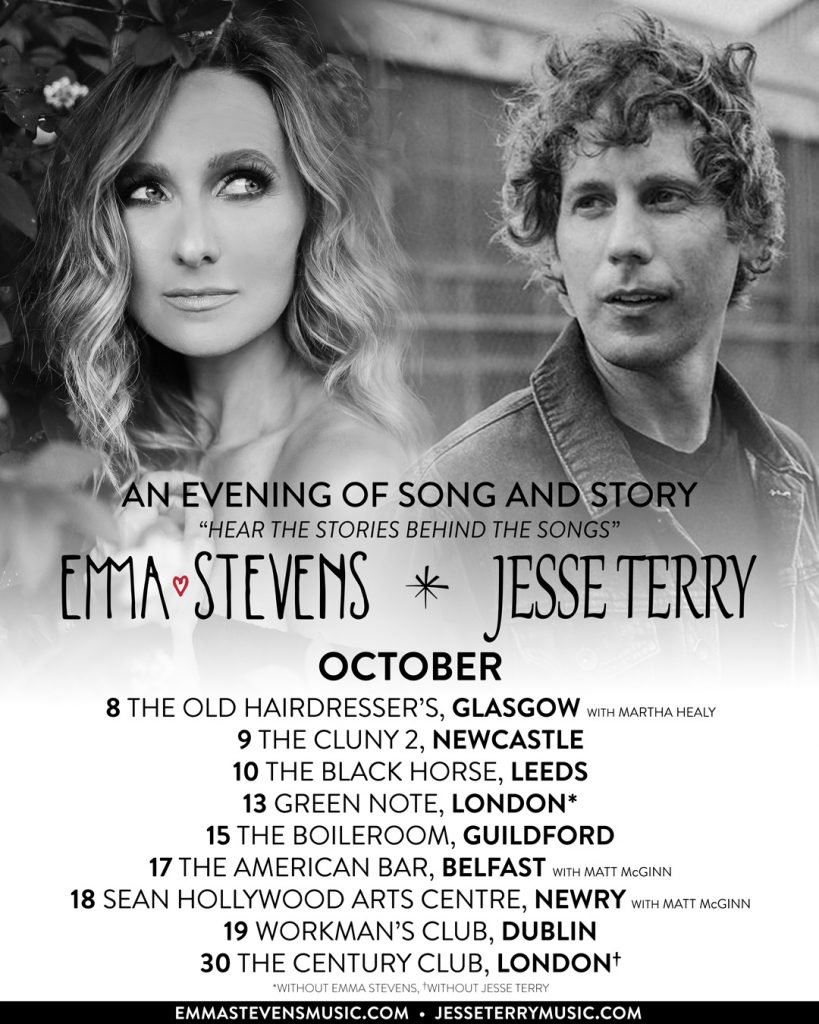 The Show Must Go On!

Being a gigging musician isn’t always easy. I travel up and down the country singing and playing my socks off. In this case I wasn’t wearing any and I wish I had! In fact, I was so confident that my little red bug would make it up to London that I didn’t even bring a coat. How wrong I was! Some of you may know by now that my bug (otherwise known as “Stage-it-Bug” – many of you helped me get it fixed last time after I performed a Stageit show with Jenn Bostic – THANK YOU!) isn’t exactly the most reliable car in the world. But it’s got character!
Anyway, I digress. Bug broke down. About 30 minutes away from a very important gig I was doing for ITV! But does that stop me…? NO WAY!!
I left my car stranded in a little private car park, packed up my stand, microphone, guitar, leads and handbag (only having two hands is SO inappropriate!) and decided to “make my own way there”. Sadly it was raining and the only thing I had in my car was my sister’s old York University hoodie (it certainly doesn’t take degree in common sense to remember to always take a coat with you wherever you go in England). So 1 mile walk (in silly shoes) 3 trains rides later and a further walk I eventually make it to the gig.
WHICH WENT REALLY WELL!!! YAY!!! (Thank GOODNESS!)
I then made my way back to my car where I met the friendly RAC man who then towed me back home. Oh dear.
I am just so glad I left plenty of time to get to the gig!
Here is the result of a broken down car and a girl determined make sure the show goes on! (If you are squeamish, look away!) I have recently been lucky enough to support the incredible PASSENGER during his UK tour! He and his team are absolutely LOVELY!! He asked me back the next day to collaborate with him, which went really well… I am playing banjo and singing one of his songs.. Can’t wait to share it with you!!

I’d also like to add that it was a pleasure playing to such a wonderful, attentive audience. All 600 of you were absolutely LOVELY to perform to and it was great to meet so many of you after. Thanks to 1 in 5 of you who bought my EP!! (I am so pleased with those stats!!!)
Here’s a snap by gorgeous Jarrad Seng Photography from the gig…